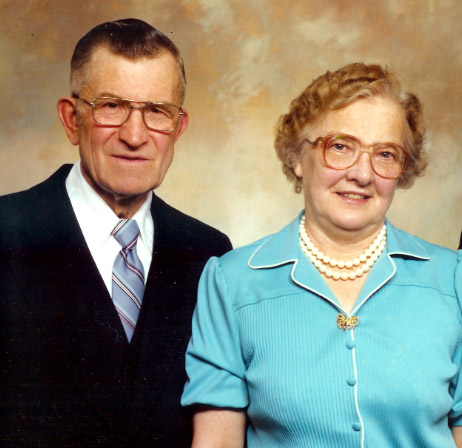 Before Rick’s Sales and Service came to be, the business started out as Hammer Implement. Rick’s grandparents, Clinton and Pearl Hammer, began farming in rural Apple River, Illinois during the Great Depression in 1939. After 30 years, Clinton erected a building on the farm which was the site of an old chicken house. He used the building to repair his farm machinery which evolved into supplying Allis Chalmers tractors and related farm implements to the surrounding farm families. They also began selling Simplicity lawn and garden equipment about this time.

For 2 years Rick worked the shop full time. In 1993, Rick took on a full -time position with the Jo Daviess County Highway Department while Mary tended the shop during the day. Their children, Keith and Megan, helped at the business as they and the business grew. For 19 years Rick worked during the day for the Highway Dept. and evenings at the shop (and that became most weekends too).

By 2012 the business had grown to the point that Rick finally retired from the Highway Department and came back to the shop full time. Hard work and sacrifice in raising a family and operating a growing business have resulted in a great appreciation for the loyal clients served by Rick’s Sales and Service as times were changing.

Simplicity Manufacturing was founded by William J. Niederkorn in 1922, based in Port Washington, WI. Simplicity began building lawn and garden tractors in 1939. Through the years, Simplicity purchased several companies including Snapper in 2002.